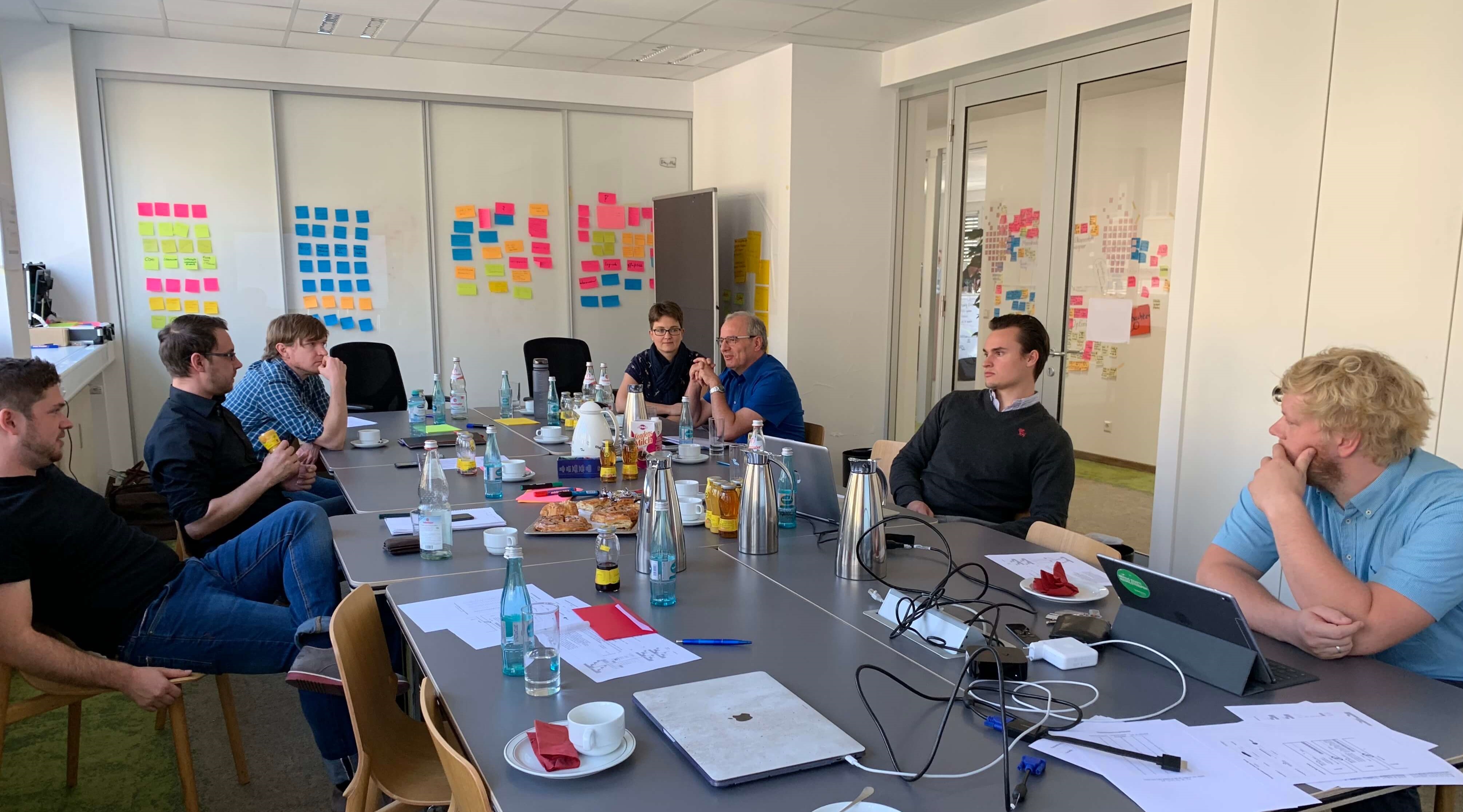 An interdisciplinary team of HALLESCHE Krankenversicherung a.G. attended a workshop with Julian Richter and Istvan Deak on Blockchain and investigated a specific application. In particular the technology and possibilities resulting from it were evaluated and the feasibility of the use case was discussed across departments.

The joint workshop was conducted after a very interesting insurance industry blockchain event organized by Insurlab Germany, where Julian Richter presented the NEM Blockchain and its core features that enable easy integration in existing systems and riskless swaps. Subsequently, a possible application of HALLESCHE Krankenversicherung a.G. was discussed.

Insurance applications are inherently complex processes in which many stakeholders and areas are involved. The current technical infrastructure and existing standards of the company should continue to be used. Therefore, representatives of all relevant departments were invited to share their specific knowledge about Blockchain in this conceptual phase and to weigh possibilities and obstacles.Through the use of blockchain, in the present application an added value could be achieved for many end customers, e.g. through improved service. While the technical implementation of the NEM Blockchain was considered to be relatively simple, market entry has been identified as the biggest barrier with this application.

Particularly pleasing was the deep introduction to the blockchain technology of Istvan Deak and the intensive exchange on the functioning of a decentralized, distributed database system such as Bitcoin or NEM with the following characteristics of the data: immutability, auditability and trust among parties who do not know each other and have different interests.

The involvement of blockchain experts and individuals from application development, claims settlement and cross-functional department proved to be particularly important as stakeholders were aware of all internal processes and regulatory requirements for implementing a new process (including blockchain). Finally, it was found that the Blockchain technology is only part of a new process and for HALLESCHE Krankenversicherung a.G. an enabler ("enabler") to work even more efficiently, and to improve the offer and service to customers (similar to digital health portal "hallesche4u").

The Blockchain technology has been very well received and will be considered in decision making in the future, as further potential fields of use for Blockchain have already been identified during the workshop. We would like to thank all for an interesting day with deep insights into the insurance business and look forward to further cooperation with HALLESCHE Krankenversicherung a.G.

Sign up here for blockchain insights, use cases & best practices:
Thanks for subscribing!
Oops! Something went wrong while submitting the form.

FullBlock is a go-to-point for blockchain projects and companies that want industry insider knowhow, assess the technology or build and scale existing projects.